Winter basketball came to an end for both No. 2 and No. 3 this past weekend. No. 1’s season ended a couple of weeks ago.

No. 3’s basketball team ended with a big 32-19 win and a final overall record of 7-4! This was the first year that the games actually counted. Way to go, Swish! 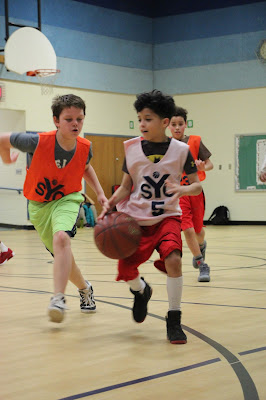 He scored his fair share of buckets, had a couple of steals, and really seemed to enjoy the season and all of his teammates.

No. 2’s basketball team was in the Championship on Saturday! They went 7-2 on the season, winning both of their playoff games to get there!

We finished as the second seed and played the first place team who had only lost one game all season long… to us! Even though we had previously beaten them, we knew it wasn’t going to be a cake walk. They without a doubt have one of the best players in the entire league. 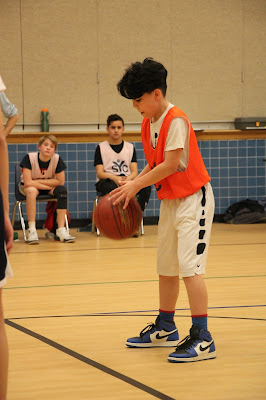 We got off to a quick, large lead and held it all the way up until the third quarter. The other team ended up cutting it to just four points and had everyone on the edge of their seats.

But luckily, our boys kept cool, kept playing hard and WE WON!!! 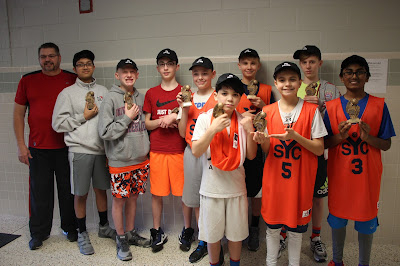 We celebrated with post-game pizza and awards. 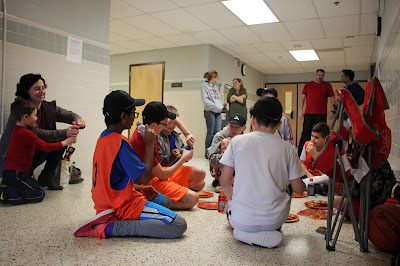 And you know I couldn’t let a Championship game go by without making cupcakes! 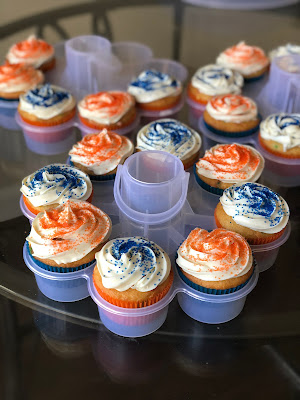 I used liners and sprinkles in our team colors to make them look a little more festive.

And the boys weren’t the only ones who received goodies. No. 2’s coach gave each player a single, red rose to give to their mamas! 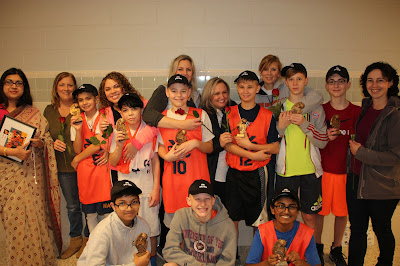 SO sweet! Such a fun ending to a great season. Way to go, No. 2 and Team Fire!

What’s next for this Sports Mama and her athletes? No. 1 is playing AAU basketball, playing on his high school’s rising Freshman team, and also weight training three days a week for Freshman (I still can’t believe I’m typing that!) football. No. 2 will be playing soccer and No. 3 will be playing flag football. I can’t wait!

Have a great week, Mamas!