No. 1’s first year of high school football officially ended yesterday. Even though they haven’t been in pads for over a month, the season doesn’t officially end until the banquet. I was so excited that I was asked to help coordinate décor. You Sports Mamas already know that I’m all about that #pinterestlife!

The banquet was held in our school’s cafeteria. Here’s how we decorated the tables. 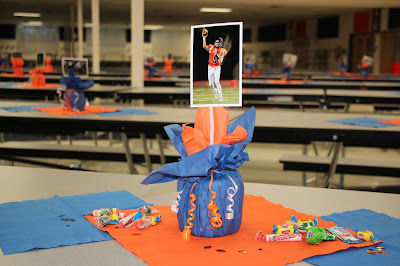 Each table got three napkins (in our school colors!) which we opened up and placed strategically. On top of the napkins, we sprinkled football themed confetti as well as candy. 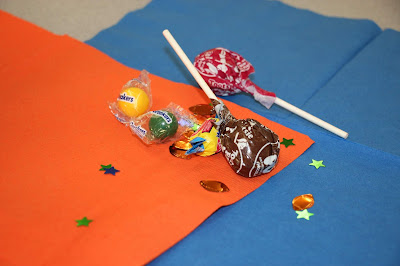 But the stars of the show were without a doubt the centerpieces! 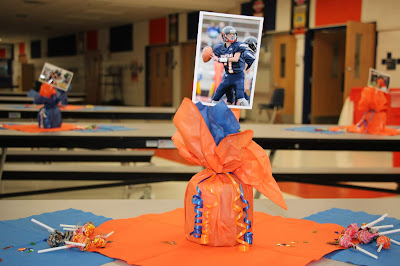 They were easy to make (I made 45 of them with the help of two of my fellow football mamas!) AND cost efficient! So what’s in the middle you ask? Why a cheap roll of toilet paper, of course! I mean dollar store cheap. Genius, huh?!?

All you need to make them yourself is tissue paper, ribbon, pipe cleaners, pictures, and the TP. You begin by simply wrapping the roll in tissue paper and securing the top with the ribbon. The ribbon can be curled using a pair of scissors. You then stick a pipe cleaner in the middle and attach a photo to the top of it. I found that bending the top of the pipe cleaner helped tremendously with stability. That’s it! And the best part of all is that the players can take them home afterwards!

We also made each team (Freshman, JV, and Varsity) a 20X30 photo collage poster. 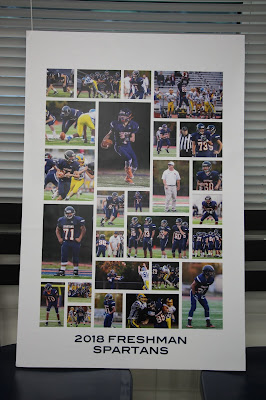 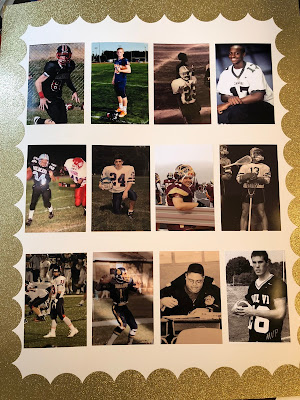 The coaches did too! And not just any photos either… photos of them playing football … in high school! Seriously, how cool is that?! It was definitely the highlight of the night! Players, parents, and even the coaches themselves took turns trying to figure out who was who. SO fun!

For dinner, we catered a simple, yet delicious barbeque menu. There was pulled pork, pulled chicken, baked beans, macaroni and cheese, and coleslaw. Yum! And what would a banquet be without cake, or cakes! 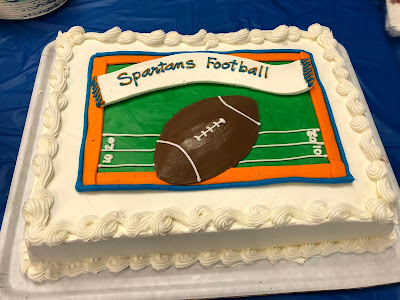 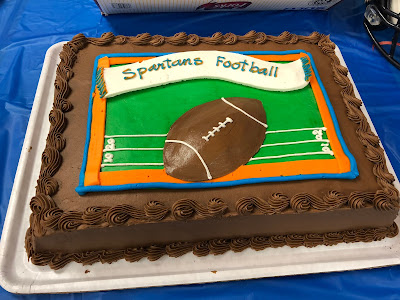 We decorated both ends of the dessert table with balloons using helmets as weights. I absolutely love how they looked! 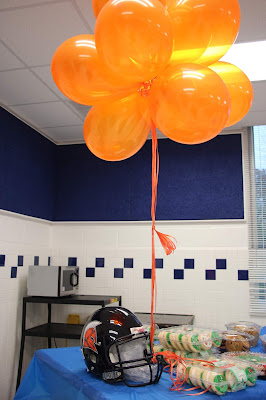 For coaches gifts, I ordered each one a personalized t-shirt. It had the team picture on the front and their name on the back. Coach Hubby also made them all a DVD of our season highlights! 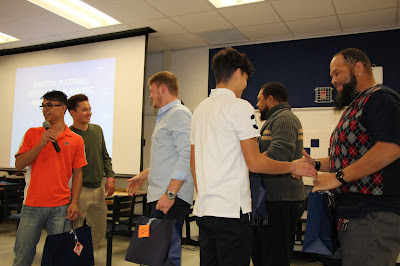 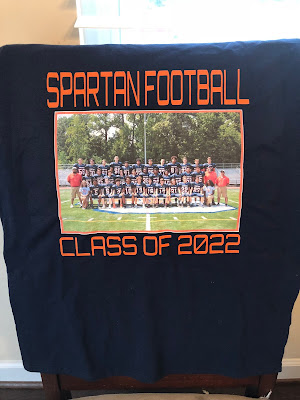 And we couldn’t forget about our awesome managers! I found these beautiful orange roses at my local grocery store and it was love at first site. 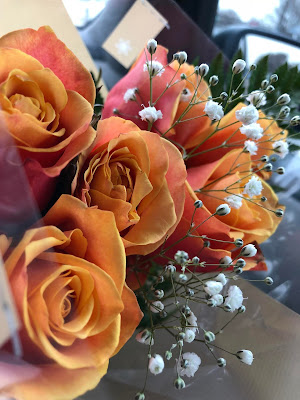 I made a cute little bouquet for both of them with the leftover tissue paper and ribbon, and added a gift card and team photo to go along with it. 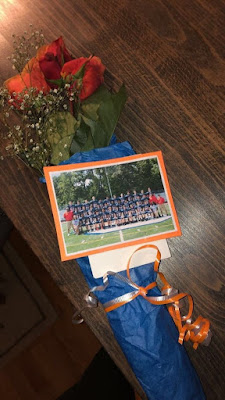 A great time was had by all. 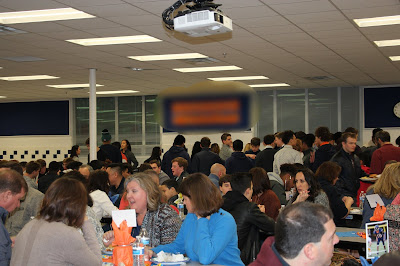 My boy receiving the Coaches Award wasn’t too bad either! 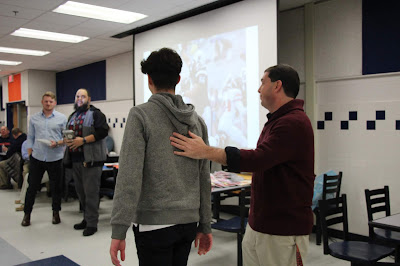 *** Check out these takes on the centerpieces made by some of the awesome mamas in our Confessions of a Sports Mama Facebook Group! 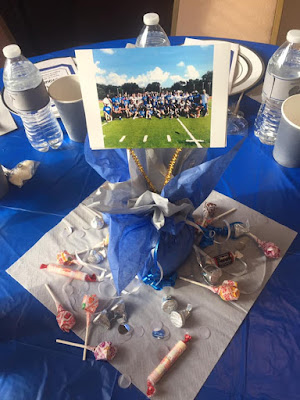 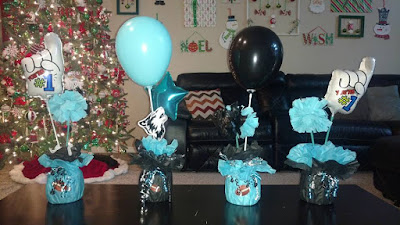