It’s inevitable. If your kids play sports, they are going to stink. It doesn’t matter if it’s football, soccer, basketball, or lacrosse. Their equipment will stink, your car will stink, their rooms will stink, they will stink. I promise you.

I’ve tried sneaker balls, powders, dryer sheets, you name it. These simply masked the odor, they didn’t get rid of it.

I was recently given the opportunity to try ShoeStix. 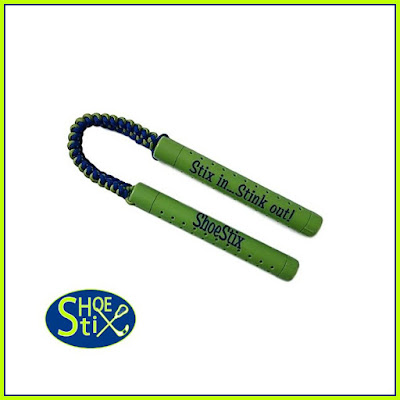 ShoeStix was created by a Sports Mama of three who in her own words “spent years dealing with the most disgusting smells coming from my sons’ LAX bags”.  ShoeStix claims to absorb moisture and inhibit 99.9% of bacteria growth, thus eliminating odors in as little as 24 hours. Say what??? This was a claim I just had to try out for myself!

For $29.99, you get 2 ShoeStix sticks, 2 deodorizing insert bags, a removable handle, and replacement caps. The inserts last for three to six months and only cost $7.95 to replace. 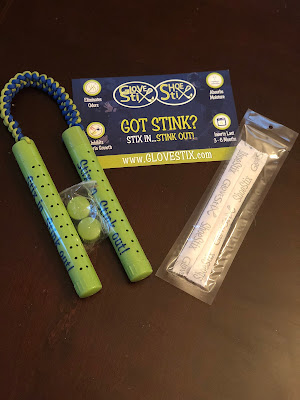 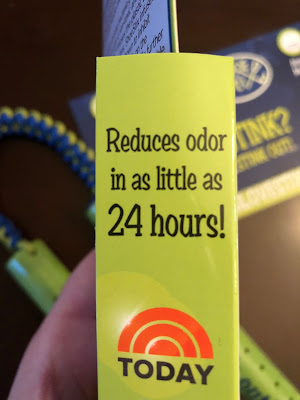 I chose the smelliest pair of shoes I could find (No. 1’s basketball sneakers). On a scale of one to ten (ten being the stinkiest!), I’d give them an eleven!

The first thing I noticed is that there was no overpowering scent. The Stix use a hospital grade silver ion technology and are non toxic and chemical free.

And then we waited… 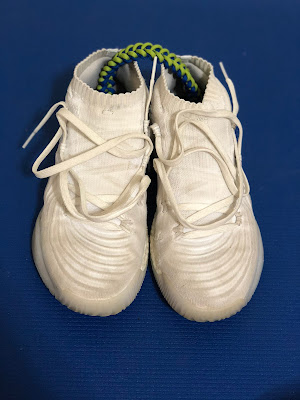 After exactly 24 hours, I went in for a whiff! Unfortunately (for my nose), they still smelled. Definitely not as bad as the day before, but still off putting. I’d say they were a 7 on my Sports Mama stink-o-meter. 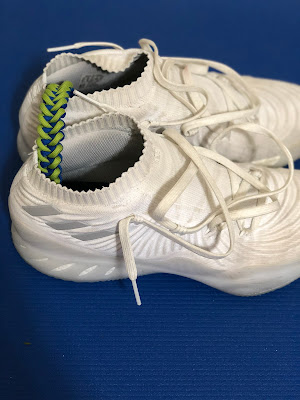 So we put the Stix back in, and waited some more.
﻿ 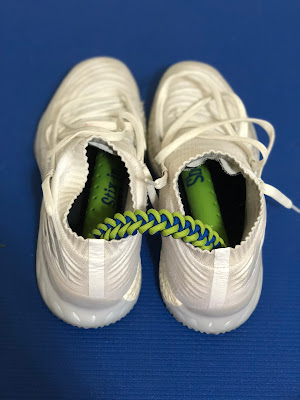 After 48 hours, they were a 4 on my stink-o-meter. We kept them in for another 24 hours and ALAS! About 90% of the funk was gone! While there was still a tiny bit of a smell, they weren’t at all offensive. I was actually able to stick my entire nose in the shoes. Gasp!

Although they didn’t completely remove the smell, I’d still recommend them. (And to be quite honest, the Primeknit feature on the top of the shoes may be to blame.) ShoeStix are by far more effective than anything else we’ve ever tried. My boy can now take his shoes off in public without embarrassing himself (or his mama!)

ShoeStix can also be used in boots, skates, arms pads and knee pads. They are also the makers of GloveStix. Stinky athletic gloves, no problem! It’s no wonder people all over the internet are raving over them!

*** Disclaimer: ShoeStix was kind enough to send me their product, however, all thoughts and opinions are solely my own.***